More of 10 Years of research 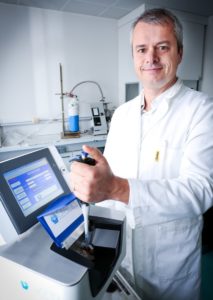 DIAFIR is a medtech company created in 2011 in partnership with a world-renowned team of researchers from Rennes 1 University, France. It is specialized in the development of innovative medical devices to improve the patient detection and monitoring in chronic metabolic diseases, with a focus on NASH. Our technology is based on the analysis of serum patients’ metabolic signature profile using our prorietary infrared ligth SPID™ platform .

DIAFIR aims to improve standard of care procedure by providing its simple serum test as a first line to screen and monitor every potential NASH patients.

DIAFIR triage system is currently undergoing clinical studies, with an ambitious roadmap to achieve regulatory approvals to launch in 2022 for NASH. 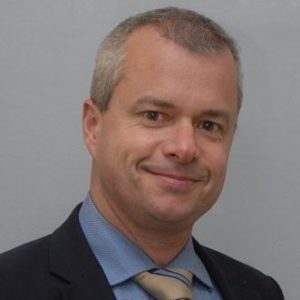 Hugues Tariel, an experienced glass industry executive, is CEO and co-founder of DIAFIR. He has held several key positions (sales, operations, finance) within large corporations of the glass industry, serving markets with strong regulatory requirement such as medical and nuclear. Prior co-founding DIAFIR, Mr Tariel successfully managed a research center focused on infrared optic. He holds an Engineer degree from Arts et Métiers, France and a MBA from HEC business school, France. 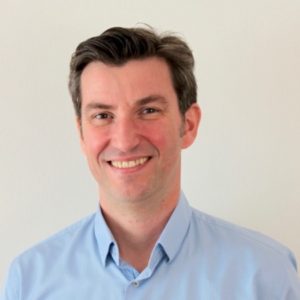 Jerome Bernard brings over 17 years of experience in pharmaceutical discovery and business development to DIAFIR. Before joining DIAFIR, he successfully managed numerous preclinical discovery projects in the field of metabolic and inflammatory diseases, as well as several R&D partnerships and licensing deals. He holds a Ph.D in Endocrinology from Paris XI Unviversity, France and an executive MBA from EDHEC business school, France. 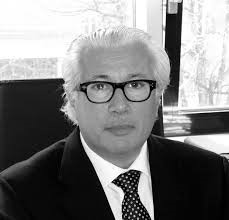 Loïc Maurel is Medical Doctor and cumulates 30 years of senior management experience in tier-one pharmaceutical, biotech and Diagnostics companies.
As the CEO of the Diaxonhit Group (now Eurobio Scientific), Loïc inspired and led the transformation of a pure biotech company, into a full fledge commercial IVD company, following the acquisition of Ingen BioSciences and Eurobio.
He occupied several positions as, CEO of Debiovision Inc., Vice President , Marketing & Specialty Business at Novartis Canada after moving from Basel, Switzerland where he headed Global Marketing for Cardiovascular/Metabolism & Respiratory Therapeutic Division at Novartis Headquarters.
Dr. Maurel occupied several Chairman or Board member’s positions at, OncoMab™ GmbH, Avance Pharma and Trans Hit Biomarkers, the BioQuebec association, in Canada, as well as France Biotech, the IVD Medicen DAS, the Diagnostics Advisory Board of Debiopharm SA in Switzerland and the Health Expert Committee of M Capital in Paris

Hugues Tariel, an experienced glass industry executive, is CEO and co-founder of DIAFIR. He has held several key positions (sales, operations, finance) within large corporations of the glass industry (Saint-Gobain, Umicore), serving markets with strong regulatory requirement such as medical and nuclear. Prior co-founding DIAFIR, Mr Tariel successfully managed a research center focused on the infrared optic. He holds an Engineer degree from Arts et Métier, France and a MBA from HEC business school, France.

Bertrand is investment director and board member of GOGAPITAL. He began his career at Mitsubishi Electric where he implemented a microelectronic component manufacturing unit. He then joined the group MPO, world leader in the manufacture of optical discs, for which he launched and runs their Asian subsidiary. He then took over the management of the French factory and coordinated the industrial developments of the American subsidiaries. Bertrand then headed the venture capital firm “Bretagne Jeunes Entreprises” and made more than 30 investments in innovative Breton companies. Bertrand is an engineer graduated from SUPELEC, and has a DESS in Corporate Finance from Rennes 1 University.

Joel Renault founded the Delta Dore Group fourty years ago, and made it the European leader for home automation, based upon innovative ideas such as  home energy control. He is now using his outstanding experience to assist innovative start-up in which he invests, such as DIAFIR. Joel holds an Engineer degree from ESME, France.

Jacques Lucas is Emeritus professor at the University of Rennes 1 and French Sciences Academy member. He founded and headed the Glass and Ceramic laboratory for many years. He supervised several research programs dealing with glasses transmitting light as far as possible in the infrared region. His main achievement was the development of optical waveguide for several applications including medical, biological and chemical sensors. He is a co-founder of DIAFIR and was a co-founder of Vertex, now part of Umicore group. Jacques is a PhD graduated from the University of Rennes.

Xiang Hua ZHANG, is director of the glass and ceramics team of the Rennes 1 chemistry institute. He is a recognized specialist in chalcogenide glasses for mid-infrared optical applications, photovoltaic glasses and transparent ceramics in the visible and infrared. He is co-founder of Vertex, now part of the Umicore group. Xiang holds a PhD from the University of Rennes.

Richard GUILLAUME has been the General Manager of Echosens from 2008 until 2013. He was previously Executive Vice President Global Sales and Marketing at Blatchford, a UK medical device company. He was also member of the board. Prior, he held various positions such as Director Global Marketing of Abbott International in Chicago and Director Category Development Europe of Mead Johnson. Richard holds a Master in Business Administration from Poitiers University and a DESS in Marketing from Paris Dauphine completed by a General Management program at INSEAD. Richard has a large experience in international management and operations in the pharmaceutical industry as well as in the Medtech.

Rodolphe Anty is a Professor of Hepatology at the University Hospital of Nice, France. Prof. Anty focus’ is on metabolic steatopathies along morbid obesity and evaluation of non-invasive diagnosis of liver fibrosis and chronic liver diseases, as well as clinical research programs studying novel therapies for chronic liver diseases associated with liver fibrosis. Pr Anty has  published more than 85 articles in peer-reviewed journals and is member of EASL and AFEF.

Pierre Bedossa is Professor of anatomo-pathology at the University Paris-Diderot, France. He is currently CEO of LiverPat, and formerly was head of the Department of Pathology, Physiology and Nuclear Medicine at the Groupe Hospitalier Paris Nord. Pierre Bedossa is a globally-recognized specialist and thought leader in liver pathology. Pr. Bedossa has developed new liver disease scoring systems in chronic hepatitis and NAFLD. His research interests are focused on pathology of NAFLD, cellular mechanisms leading to progression and regression of liver fibrosis. Pr. Bedossa has published more than 390 papers in peer-reviewed journals and 16 book chapters.

Jean Delwaide is Head of Clinic in the department of Gastroenterology at the University Hospital of Liège, Belgium, since 2004 and Professor of Clinic since 2007. Graduated at Liège University (Belgium), with a hepato-gastroenterology degree in 1993 and a PhD in 1996, Pr Delwaide is involved in several clinical research programs of new drugs for the treatment of non-alcoholic steatohepatitis. Pr Delwaide has published more than 150 articles in peer-reviewed journals. Pr Delwaide is member of EASL, and former co-founder, former President and currently board member of the Belgian association for the study of the liver (BASL).

Diafir has assembled a multidisciplinary, experienced and motivated team covering all of our development and production processes. In addition to their own skills, our employees bring to Diafir their ability to work together in a tightly knit research team and we are convinced to have one of the best team in our field. As a key to our success, we are committed to moving them forward and rewarding them for their hard work and sense of innovation. 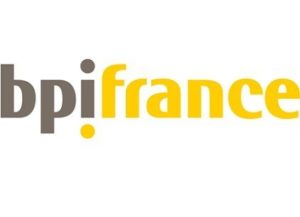